Just like second-hand tobacco smoke, wood smoke is hazardous to infants, children, and the unborn.

You are probably aware that in Ontario it is illegal to light a cigarette in a vehicle with a child on board, and it is also illegal to smoke within 20 metres of a playground or playing field.  Our provincial government is well aware of the danger posed to children from smoke inhalation.
https://www.ontario.ca/page/smoke-free-ontario

Bizarrely, in Woodstock it is legal for many residents near parks and playing fields to light backyard fires, thus subjecting children and their families using these facilities to toxic wood smoke.
Please ponder the irony implicit in the attached picture, taken at Cowan Park:  no  smoking, but a fire pit (one of many in the neighbourhood) in the background.

Here are some excerpts from the website of Doctors and Scientists Against Wood Smoke Pollution:
“Children are among the most vulnerable to the harmful effects of particulate air pollution. Children breathe faster and inhale more pollutants in proportion to their body weight than do adults. Their immune systems and organs are still developing.”
“Particulate pollution has been shown to affect lung function and lung development.”
“During infancy, the developing lung is highly susceptible to damage from environmental pollutants, including those from wood smoke.”
“Recent research also suggests an association with increased exposure to fine particulate matter during pregnancy and an increased risk of stillbirth.”
“There is also growing evidence that fine particulate pollution, especially with increased levels of PAHs, can lead to impaired neuropsychological development and a lifelong lowered IQ.”
“As a society, we no longer think it is acceptable to force children to breathe secondhand tobacco smoke. It’s time to extend this attitude to wood smoke.”
https://woodsmokepollution.org/children.html 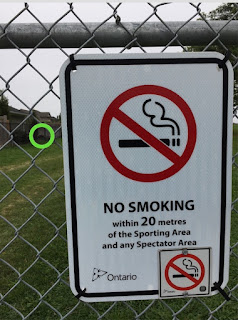 Cities that do it better